In the second phase of “Krishi Kalyan Campaign”, farming is happening in modern ways of farming. 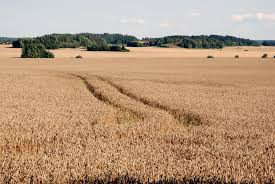 Agriculture campaign welfare had Given the success of the first phase of “Krishi Kalyan Abhiyan” (June 1 to August 15, 2018), the Ministry of Agriculture and Farmers Welfare will run the second phase of this campaign in the rural areas of the country from October 2, 2018 to December 25, 2018. This campaign was extended till January 26, 2019 in view of the Panchayat elections in six states, Chhattisgarh, Madhya Pradesh, Mizoram, Rajasthan, Telangana and Punjab elections.  In order to fulfill the resolution of Hon’ble Prime Minister Mr. Narendra Modi, to double the income of the farmers by 2022, under this campaign, farmers are being persuaded in modern ways of farming, thereby increasing their income and their living standards Improved.
This campaign is being run in 25 villages of each of the 117 aspiring districts of 27 states of the country. These villages have been selected by the Ministry of Agriculture and Farmers Welfare in accordance with the guidelines of Ministry of Rural Development. Under this scheme, 25 such villages of each aspiring district have been selected, whose population is more than 1000. As well as promoting agriculture and allied activities in the selected districts under this campaign, help and advice is also being given to the farmers for enhancing the excellent technology and income. In this work, the Agriculture Science Center of every district is playing an important role.
A road map has been prepared by various departments of the Ministry of Agriculture and Farmers Welfare for successful operation of the second phase, under which specific activities selected are being operated smoothly.
Whereas 9 activities were included in the first phase of this campaign to increase agricultural income and to encourage the use of better practices in farming. I was conducting 12 activities under the second phase, in which the soil Distribution of Health Cards, Hundred percent of Bovine immunization, and sheep and goats for prevention of deficiency of food and mouth disease- FMD (Peste des Petits ruminants – PPR) 100% coverage for delivery, distribution of mini kits of pulses and oilseeds, distribution of five horticulture / agricultural forestry / bamboo plants per family, 20 NADEP PITS (one method of making compost) in every village, making artificial insemination, Distribution of agricultural equipments, demonstration of multi-cropped agricultural practices, development and upgradation of rural hats, demonstration of micro irrigation / integrated cropping systems and prime minister crop insurance. Not about include raising awareness.
The main purpose of “Krishi Kalyan Abhiyan” is to bring the information of modern agricultural system and other related business to the farmers, in view of this, in the second phase of the campaign, scientists of the Krishi Vigyan Kendra, to increase the income of the farmers, to increase their farming, including horticulture, animal husbandry , Fisheries, chicken poultry are being taught, i will arrange training camps at selected places. In addition to giving information about the modalities of micro irrigation and integrated crop to the farmers, the farmers are being assimilated with the latest techniques of farming. So far 4,51,375 farmers have been trained in various training programs in all the 117 aspiring districts so far during the campaign.
ICAR / KVK is organizing training programs for beekeeping, mushroom cultivation and kitchen garden in every village. In which a large number of farmers are participating in the increase. Priority is being given to women farmers in these programs. On one hand, where scientists are telling the methods of applying nutritious vegetables in their kitchen garden to landless and domestic women with oyster mushroom methods. On the other hand, Animal Husbandry Scientists on the other hand are being proficient in the process of cultivating vermicompost and organic manure by farmers through scientific methods of cattle rearing and milk production.
In the training camps organized under the aegis of Agriculture and Cooperative Department, better farming measures are also being suggested to the farmers. They are being told that it is very important to check the urine power of soil before farming, so that fertilizers can be used in accordance with the urine strength of soil.  Along with this, farmers are being distributed as well as the benefits of the Health Health Card. According to the data received so far, a total of 6,35,841 good health cards have been distributed during the campaign so far.
According to scientists, farmers should use earthworm manure to maintain the soil strength of the soil. District Agriculture Officers have also been given special emphasis on the use of Compost Fertilizers to maintain the fertile strength of soil.
Radha Mohan Singh,
Union Agriculture and Farmer Welfare Minister,
Indian government
For any queries related to post, please contact:
https://blog.mygov.in/editorial/कृषि-कल्याण-अभियान-द्वित
For any queries related to the content of the post, please contact:
https://governmentjobsnet.blogspot.com/p/contact-us.html
And follow this page for further new updates.

One thought on “Agriculture campaign welfare”